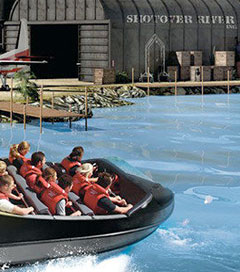 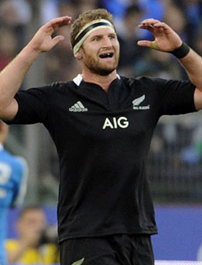 The All Blacks continued their European Tour, taking on Italy in Rome on Saturday. Despite winning by a comfortable 42 points to 10 the Italians made the All Blacks work hard for the win,… 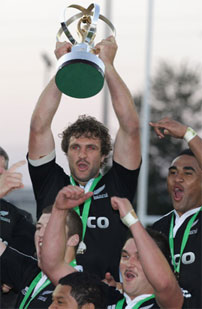 The New Zealand under-20 rugby team “are accustomed to chewing up all before them” and chew they did, winning the Junior World Cup final, beating England 22-33 in the final in Padova, Italy. The…

Otago Polytechnic’s School of Design graduates, Sophie Brooke Hardy and Roxanna Zamani, will travel to Gorizia, in northeast Italy, at the end of June to take part in the Mittelmoda Fashion Award. Their selection…

New Zealand freediver William Trubridge, 29, has set the world record for the longest dive without using fins by plunging 116m into world’s deepest underwater sinkhole, in the Bahamas. Trubridge battled nitrogen narcosis as…

Queenstown has been named one of the world’s top ten après ski destinations in the Sydney Morning Herald. “The 120 licensed establishments in this lakeside town are brought to you by the letter ‘B’ where…

A UK Times eco-columnist’s suggestion to reduce food miles by drinking French rather than NZ wine has stimulated a response by NZ winemakers and politicians. She argued that transporting wines from France results in fewer greenhouse…

North Canterbury’s Nicky Inwood made history this month as the first woman to officiate in a Six Nations women’s rugby match and the first to referee at England’s Twickenham Stadium. The 37-year-old controlled the match between…

Auckland-based company RoamAD has secured another major international contract, providing a high-speed wireless network to the Italian university city of Bologna. The free wi-fi network is the first to be deployed in the historic centre of a…

JK on Growing the Game

The Observer talks to All Black legend John Kirwan about his globetrotting ways and aspirations to coach in the UK. “Kirwan was a travelling rugby player long before it became the fashion it is today ……

Jonathan Wyatt won his fourth mountain running world title at Sauze d’Oulx in northern Italy only a week after competing at the Athens Games. His previous victories were in France (1998), Germany (200), and Austria (2002)….

NZ’s leading ad-man, Kevin Roberts, interviewed in Italy’s L’espresso. “He dresses completely in black and looks like a bar room bouncer just back from Armani. But Kevin Roberts, CEO of Saatchi & Saatchi, is…

All Black legend, winger John Kirwan, to take over as coach of the Italian national team from NZer Brad Johnstone – this includes touring Italy through his homeland where playing for the ABs he scored…