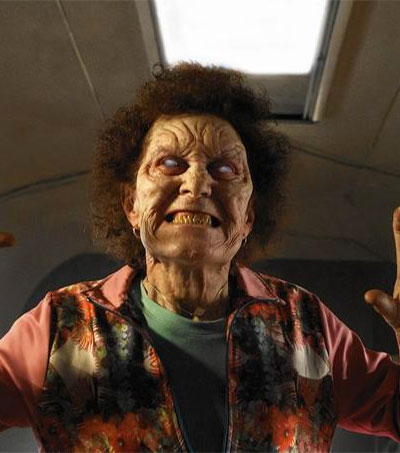 Roger Murray, on the phone to the Los Angeles Times from the Auckland set of Ash vs. Evil Dead, has one simple way to describe his job as the show’s prosthetics designer and props…

The audience at the Ash Vs. Evil Dead panel at New York’s Comic Con was surprised with a surprise premiere of the entire first episode, which according to Eric Goldman in an article on…

Lucy Lawless on a Quest in Splatterfest

New Zealand native Lucy Lawless didn’t appear in the original Evil Dead movies, but she brings her own cult following to the television revival of that classic horror franchise. Lawless stars as the mysterious and…

The first Ash vs. Evil Dead trailer has been screened at the 2015 San Diego Comic-Con. “If anyone was on the fence about bringing the cult classic horror tale to the small screen, this trailer…