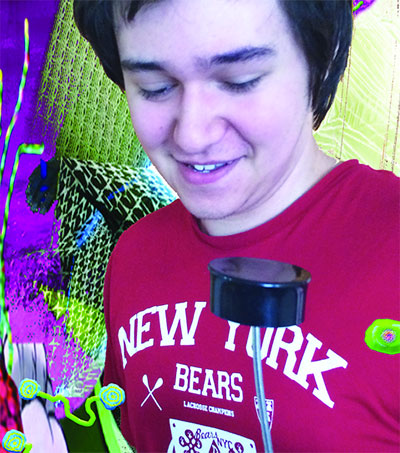 With the Christchurch earthquake wiping out all of Yeongrak’s previous hangouts, he took refuge in his bedroom, where he withdrew from regular socialising and immersed himself into the dark, distant corners of the internet. Shane Woolman investigates the results for underground music magazine The Wire.

While browsing through YouTube later that year Yeongrak (Matteo Harley-Mackie) discovered the Digital Hardcore label, which had a profound effect on him. “At the time I was really into breakcore and I found the video to ‘Sweat’ by Shizuo and loved it. Shizuo is my all time favourite but I was pretty into Bomb 20, EC80R, Patric Catani and Hanin Elias.”

This seclusion also allowed him to focus on his own sonic experimentation, a bricolage of seemingly disparate elements that in many ways nod back to the high octane, abrasive sounds of Digital Hardcore – scuzzed-up video game melodies drenched in warped, detuned vocal samples and lopsided rhythm patterns married to percussion sourced from smashing objects, screams and squelches.

Indeed, bodily fluids and functions feature among his influences, along with video games, entomology, arachnology and paraphilia. “I think I’m just fascinated with gross stuff,” he explains.

Listening back to Brainsoutclock, it strikes me that Yeongrak’s impulsive earthquake reaction is in keeping with the way he approaches his craft, born from unbridled curiosity and an instinctive disregard for danger.