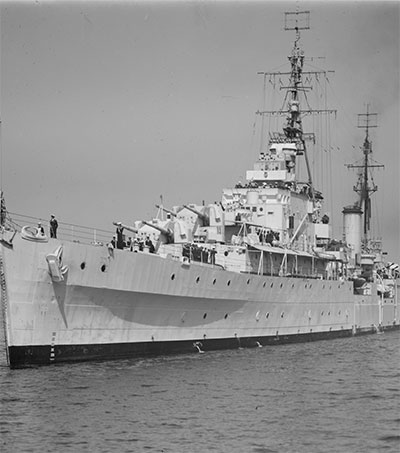 As far as navies go, the Royal New Zealand Navy is a relatively young one. For most of New Zealand’s time as a British colony, the country was protected by the British Navy. It was only in 1941 that the fleet formally separated from the Royal Navy, the Smithsonian Mag reports.

During World War II, New Zealand’s navy quickly grew into a large and important force in the Pacific theatre. But when the war ended, the navy suddenly had to contend with a large number of enlisted sailors itching to be demobilised. That led to a series of peaceful mutinies that rocked the small fleet nearly 70 years ago, according to a history by the National Museum of the Royal New Zealand Navy.

On 1 April 1947, a year after the Royal New Zealand Navy began looking into updating its pay rates, officials announced that the new system would at last be implemented. Just before the announcement, however, a rumour quickly spread among sailors at the navy’s main base that the new pay rates wouldn’t be backdated to the year before as promised. When the announcement made no mention of it, 200 sailors (about 80 per cent of the staff) walked off the base in protest.

While the men and the newspapers reported the action as a strike, it was technically a mutiny as they disobeyed their commanding officers and abandoned their duties. Although the government announced it would backdate the pay rates that evening, many of the mutineers refused to return to duty and were discharged a few days later. But that was only the beginning; over the next week, sailors on duty aboard several ships and naval bases throughout New Zealand mutinied.

Mutiny is a serious offense in the navy, but surprisingly many of the delinquent sailors were treated relatively easily. Despite the fact that the navy’s development was set back decades and it had to remove at least one cruiser from the service, most of the mutineers were given relatively light punishments. Most of the sailors served jail time and were soon discharged from service – which many of them wanted in the first place. As far as mutinies go, in the end this one didn’t turn out so badly.