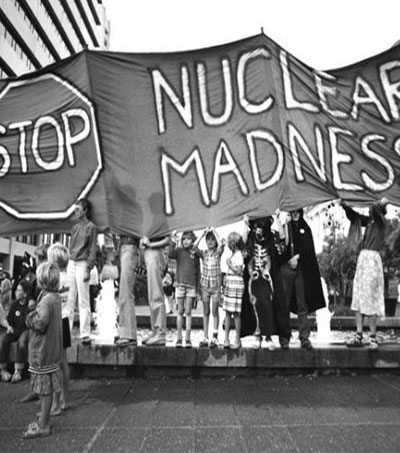 When the Royal New Zealand Navy celebrates its 75th birthday in November, US warships will be there. It will be the first time any American military ship has entered a New Zealand port since the country’s controversial anti-nuclear legislation was passed in 1987, the ABC News reports.

“What this means is that any ship that comes here will be coming on New Zealand’s terms,” says investigative journalist Nicky Hager, a key figure in the anti-nuclear movement at the time.

The stand taken by the comparatively tiny nation caused a rift between the allies, which has lasted three decades and has been likened to a mouse that roared.

New Zealand’s anti-nuclear movement was spurred to action when France tested nuclear weapons at Mururoa Atoll in French Polynesia in the 1960s.

More than 80,000 New Zealanders signed a petition calling for a nuclear-free Southern Hemisphere.

The anti-nuclear mood gripped the nation. Visiting US warships powered by small nuclear reactors sparked massive protests in the 1970s and 1980s, drawing thousands onto the streets.

It came to a head when the eloquent Labour leader David Lange was swept to power on an anti-nuclear ticket in 1984, trouncing the conservatives.

At a time when US president Ronald Reagan was facing down the USSR, calling it the “Evil Empire”, and nuclear tensions had stepped up a notch, Lange became a global hero.

He received a standing ovation during a widely televised Oxford Union debate in the UK, where he argued the case that nuclear weapons were morally indefensible.

“That is a defence which is no defence,” he proclaimed to thunderous applause.