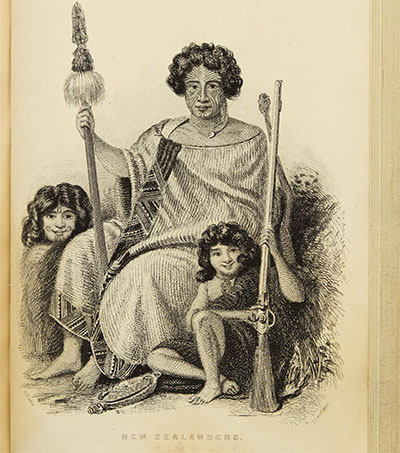 In a September Sotheby’s auction in London, some 400 books of explorers and travellers, scientists and sailors, botanists and big-game hunters were put up for auction, including a first edition of the official account of the Voyages of the Beagle (1839), written by Charles Darwin, Philip Parker King and Robert Fitzroy.

Also for sale were photographs, letters and collections of personal belongings. There were mahogany bookcases once owned by HM Stanley, the man who tracked down Livingstone in 1871 and, on a later expedition – sponsored in part by The Daily Telegraph – solved the last great geographical mystery of Africa by mapping the Congo River. Until recently, those bookcases graced the London home of John and Suzanne Bonham, who, over half a century, built up the collection as a whole.

Suzanne Jameson, whom John Bonham married in 1971, is a New Zealander and a descendant of James Sligo Jameson, the naturalist and explorer.

Within those volumes, New Zealand and Tahiti feature at chapter 20.

Darwin spent nine days in New Zealand, arriving in the Bay of Islands in 1831. According to the New Zealand History site, during his stay, Darwin collected insects, shells, fish, rocks and a gecko. His detailed observations were carefully recorded in his journal of the Beagle expedition.