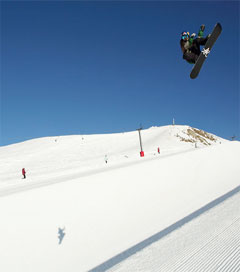 “Every August, the world’s best snowboarders come to work on big-air and physics-defying tricks in this tiny town hidden by mountains and surrounded by sheep,” New York Times reporter Joe Drapes writes. “The athletes flock here for one reason: Wanaka has the only Olympic-size halfpipe open anywhere in the world at that time of year.”

“That means, especially heading into an Olympic year, Wanaka becomes a ground zero of aerial somersaults and 360-degree flips that is unlike anything else on the planet.

“In Wanaka, the days are broken up with field trips to settings so stunning they belong in a snow globe. It’s a place for camaraderie, where riders from Norway and Russia, Spain and Japan share a playground in the afternoon and, often, a Speight’s beer at night in the local pubs.

“[Americans Louie] Vito, 25, (pictured) and [Elena] Hight, 24, have been here every August since they were 13 – and recognise New Zealand’s contributions to their sport.

“Beyond the fact that the country offered them a winter wonderland in the dog days of August, they appreciated that a laid-back rebel spirit was intact in a way that had eluded the mountain towns in America.” 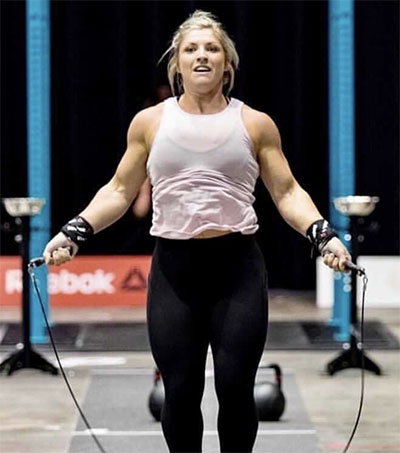 Twenty-six-year-old Laura Clifton, who runs a gym with her fiancée in Melbourne, will represent New Zealand at the 2021 NOBULL CrossFit Games on from 27 July until 1 August in Wisconsin, United…