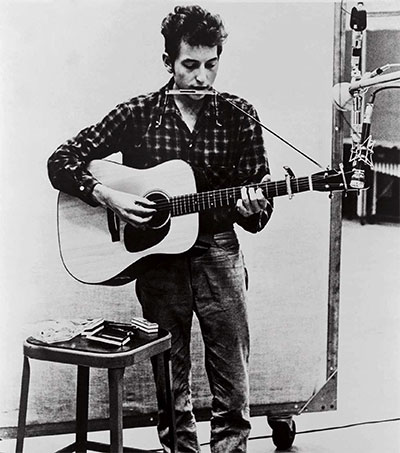 “It took six months for New Zealander Richard Thomas to draft the manuscript for his newest book, Why Bob Dylan Matters, a study, among other things, of the songwriter’s deep and abiding connection to the poets of ancient Greece and Rome,” according to Lydialyle Gibson writing for the Harvard Magazine.

“In truth, though, the [George Martin] Lane professor of the classics – whose freshman seminar ‘Bob Dylan’ always fills up fall-semester classrooms – has been working on this book for a very long time.

“In 2001, he listened to Love and Theft a few days after the album was released and heard Virgil’s words singing back to him in Dylan’s voice. ‘I’m gonna spare the defeated – I’m gonna speak to the crowd,’ Dylan rasps in Lonesome Day Blues, the fifth track. ‘I’m gonna teach peace to the conquered, I’m gonna tame the proud.’ This was the Aeneid. The language was unmistakable. Virgil’s lines, translated from book six of his epic, read like this: ‘Remember Roman, these will be your arts: / to teach the ways of peace to those you conquer, / to spare the defeated peoples, tame the proud.’ It turned out that Thomas’s two lifelong obsessions – Bob Dylan and the classics – were intertwined.

“His church choir performed the song in 1964, while watching the US civil-rights movement from afar. A decade later, Thomas was packing Blonde on Blonde into the trunk he shipped from Auckland to Ann Arbor, Michigan, where he would soon start graduate school in the department of classical studies.

“Listening to Thomas talk about Dylan and his place in the firmament of classical literature, it becomes clear that this scholarship is not a sidelight to his work on Virgil and Horace and Homer but an integral part of it. One reason he sees so many threads between Dylan and the ancient poets is because he considers Dylan to be one of them, an artist writing classic texts that outlast his own time. ‘It’s the same river,’ Thomas says. ‘Just a different stage of it.’”

Thomas was born in London and brought up in New Zealand. He was educated at the University of Auckland.