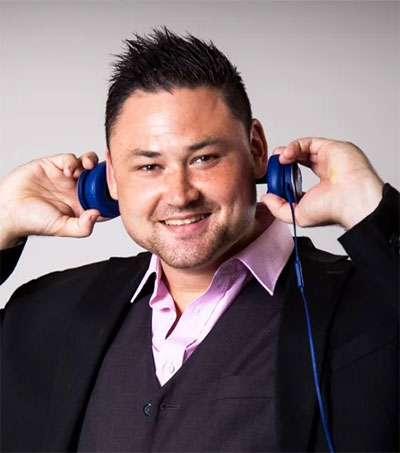 Why Aaron Stadlin-Robbie’s Podcast is Different

A New Zealander raised in Hong Kong, Aaron Stadlin-Robbie sees his new podcast, Talking Mental as a way to reach out to experts and break the stigma of men talking about mental health. Having suffered anxiety attacks for years he knows what he’s talking about; he hopes the podcast’s frank discussions will leave Hongkongers better informed.

Launched last week, Talking Mental is a podcast series with a difference, says its host, Stadlin-Robbie.

“There’s no tiptoeing around the big issues, no massaging egos, no soothing whale calls,” he says – this is mental illness talked about with necessary kitchen-sink frankness.

The South China Morning Post talked to Stadlin-Robbie, a married father of one in his early thirties who was raised in the city and trained as a TV and radio host, about the series’ genesis.

“The inspiration for this came to me a year ago when I was at a point where I realised talking about my issues was helpful. I decided to put myself in a public space for a few reasons,” he says.

“One, it was going to push me to talk more, two it gave me an opportunity to speak to experts in the field and thirdly – and most importantly – I wanted to break the stigma of men talking about their mental health. I have been dealing with anxiety and panic attacks for six years and for the first three, talking about the problem was the last thing I wanted to do.

“At the beginning, it felt like I was very alone – I had no real understanding of the topic which made it difficult to explain it to others. But after educating myself, speaking to the right people, I have begun to realise how many people deal with what I’m dealing with and how much we need to air it.”