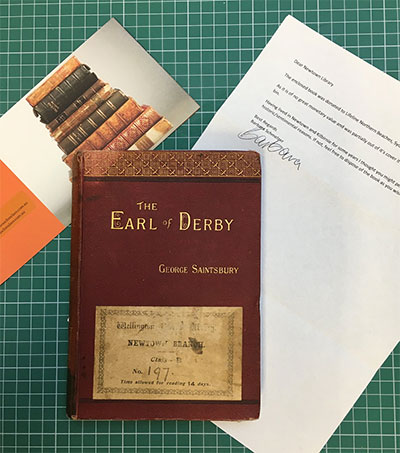 A book has been returned to a Wellington library 118 years after it was checked out, Yahoo News Australia reports. The Earl of Derby by George Saintsbury was borrowed from the Newtown Library in 1902 and somehow found its way to a second-hand store in Sydney where a bookbinder discovered it.

The bookbinder, Barbara Schmelzer, decided to give the work, first published in 1892, an updated look and rebound it before mailing it back to Wellington City Libraries.

Wellington City Libraries was so pleased by the return they decided to look the other way when it came to the strict late fees.

“In this instance we have decided to waive one penny per day fine (“for the first week and two pence per day thereafter”),” the library wrote.

“This book may have been one of the original collection. Newtown Library opened in 1902, and is considered to be the oldest branch library in New Zealand,” Newtown Library spokesperson Sharon Macintyre told Stuff.