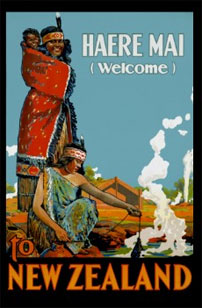 New Zealander Dana Wensley returns home for a short visit from Canada where she claims to feeling like “an immigrant.” “In some ways, anyone who is not part of the indigenous Maori population will feel like a newcomer, no matter how long they’ve lived in New Zealand,” Wensley, a member of the Guelph Mercury community editorial board, writes. “One of the immediate things I noticed when coming to Canada was how invisible the indigenous First Nations culture was, when compared with the New Zealand Maori. Flying into Auckland from Vancouver, the first language you hear is the cabin crew greeting you in Maori first, then English. For the past four decades a quantum shift has occurred. Place names have changed to reflect Maori heritage. Maori became an official language, and all children from kindergarten onward learn Maori language and culture.”