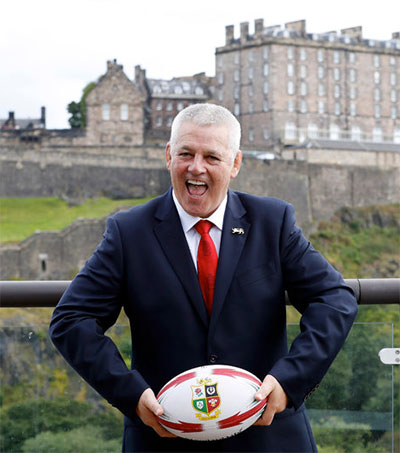 Warren Gatland, 52, landed in New Zealand last week only two days after being given the job of overthrowing what may be the country’s most cherished institution: the All Blacks rugby team. Gatland has been named head coach of the British and Irish Lions, which will take on the world champion All Blacks in a three-match series in 2017.

Gatland has coached Wales since 2007 and he was head coach of the British and Irish Lions team that beat Australia, 2-1, in 2013. He will spend his time in New Zealand looking at hotels and training facilities, as well as scouting his opponent.

The Lions, an all-star squad chosen from Wales, Scotland, England and Ireland, tour only every four years, visiting New Zealand, South Africa and Australia. They offer the last faint echo of the marathon tours of the rugby union’s pre-1995 amateur era by playing matches outside the test series. The 2017 team will play 10 matches in all.

Should England follow up its 2016 Grand Slam with another dominant year in the Six Nations championship, its captain, Dylan Hartley – already front-runner at hooker, the most specialised position in the team – would become a formidable contender.

When a team represents and is intended to unite four nations, there is much to be said for a coach and captain being from different countries. But a Gatland-Hartley combination would be something different, since Hartley is also a New Zealander, from Rotorua, not far from Gatland’s hometown, Hamilton.

Only after those personnel decisions are made will players be selected, with fans and the media in all four countries acutely conscious of the balance between them.