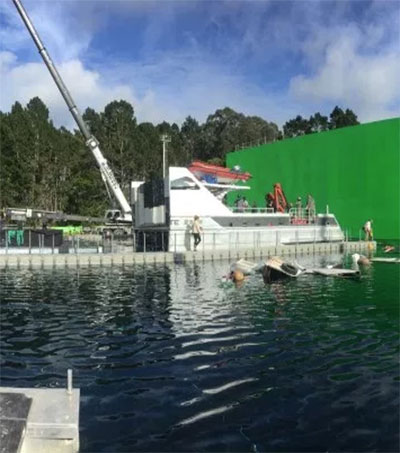 New Zealand’s newest production facility, the Kumeu Film Studio is to launch thanks to a three-way partnership built around the China-Hollywood co-produced, action-adventure film Meg, according to an exclusive story in Variety.

The studio facility in Kumeu was initially developed for the filming of the Jon Turteltaub-directed movie. Starring Jason Statham and Li Bingbing in a tale of a submersible vehicle under attack from a mysterious sea creature, the production made use of the part-built facility’s two water tanks.

Leaving these behind for use by other film and TV productions enabled the film to qualify for New Zealand Screen Production Grant’s 5 per cent uplift, a financial bonus only available to a handful of productions that can demonstrate significant economic benefits to the country.

The complex is built on private land in West Auckland and is backed by the NZFC, Auckland Tourism, Events and Economic Development (ATEED), Warner Bros. Pictures and China’s Gravity Pictures.

When the complex is completed with its two sound stages in February 2018, Kumeu Film Studios will double Auckland’s screen studio infrastructure, and enable large-scale screen productions in the region.

The Meg cast includes acclaimed actor Cliff Curtis, as New Zealand character Mac, a role both prominent and significant to the storyline.