NZEDGE  >  News  >  Arts  >  Vampires Get Their Teeth into Some Small Screen 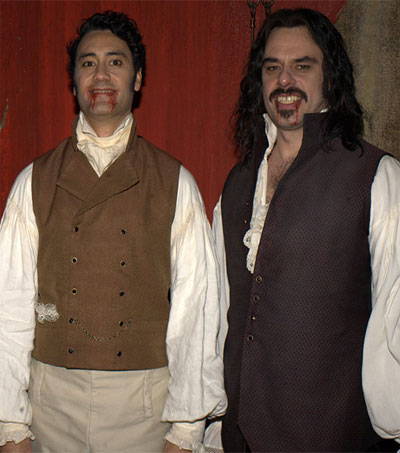 Vampires Get Their Teeth into Some Small Screen

A television reboot based on Taika Waititi and Jemaine Clement’s 2014 smash hit mockumentary What We Do in the Shadows has landed a pilot-production order at American channel FX.

According to the Hollywood Reporter, the half-hour comedy will be written by Clement and directed by Waititi. The latter is fresh off the success of helming Marvel’s Thor: Ragnarok.

Set to star in the new What We Do in the Shadows are Kayvan Novak (Danger Mouse, Thunderbirds Are Go), Matt Berry (Toast of London), Natasia Demetriou (Year Friends) and Harvey Guillen (The Thundermans, The Internship). It’s unclear if Clement and Waititi will also have any onscreen role, the publication says.

Produced on a budget of $1.6 million, the film grossed $6.9 million globally and has since become a cult favourite. The feature revolved around four vampire roommates who shared a home in Te Aro as they kill at night but are forced to live together during the day. Waititi, Clement, Jonathan Brugh and Ben Fransham starred as the vampire roommates.

The Shadows revival comes at a busy time for Clement, who revived Flight of the Conchords for an hour-long special to air in May on HBO. Waititi is currently working on stop-motion animated film Bubbles, about Michael Jackson’s pet chimpanzee.

Tags: Hollywood Reporter  Jemaine Clement  Taika Waititi  What We Do in the Shadows