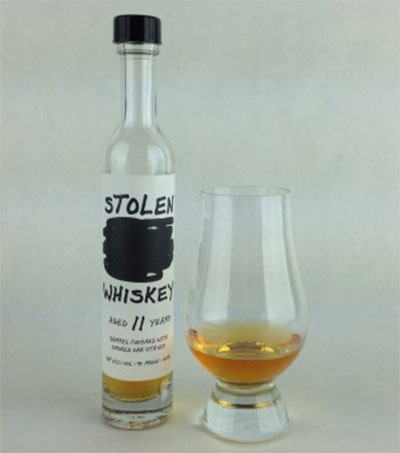 Unusual and Unique Whiskey to Hit US Market

“On the nose, this whiskey presents with big notes of sour oak and sort of green woodiness, which fades into richer impressions of toasted marshmallow and vanilla custard,” Vorel writes. “Wood smoke, as from a fireplace or campfire, is present but not overwhelming, for which I was thankful. My palate is sensitive to smoke, and I tend to perceive it more strongly or overwhelmingly than most tasters, so it was a pleasant surprise to see that this one didn’t come out as a big smoke bomb. Also present on the nose: Honey sweetness, a bit of apple fruitiness and a slightly medicinal note that is not unpleasant. All in all, it’s fairly inviting, not too hot, and quite woody.

“On the palate, that big rush of oak follows through, but it’s balanced by quite a lot of honey and corny sweetness.

“All in all, this is fairly enjoyable stuff for drinkers who like slightly sweeter whiskeys with a touch of smoke. This isn’t necessarily the kind of whiskey I’m predisposed to personally enjoying, but it exceeded my expectations fairly handily.”

Stolen has won awards at the San Francisco World Spirits Competition and the International Wine and Spirits Awards in London.