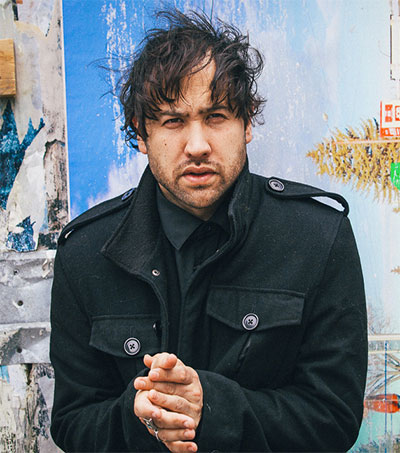 Ruban Nielson’s private life provided the conditions under which Unknown Mortal Orchestra’s latest LP Multi-Love came together. But the album is much more than the sum of its body parts, the Guardian’s Kate Hutchinson says.

For one, Nielson defines “multi-love” as not being “about romantic love necessarily, but that love can be a lot of different things”.

For instance, family bonds – his musician father Chris contributed brass parts, such as on the introspective Necessary Evil, and his brother Kody, with whom he was in New Zealand punkers the Mint Chicks and who now produces under the name Silicon, played most of the drum and keyboard parts on the album. He’s keen to steer away from it coming across like a tie-dyed, 60s-esque vision of free love, which is why a lot of the production sounds so futuristic.

What really sets Unknown Mortal Orchestra apart from from their bandana-toting contemporaries like Tame Impala and Foxygen, though, is their sense of soul.

Live, the disco shift becomes even more blatant as their beardy psych-rock fans attempt to dance, and their Primavera performance the next day becomes a bleary-eyed scene from Footloose. By the time the band plays Multi-Love and Can’t Keep Checking My Phone, the crowd is enthusiastically knee jerking, emphatically clapping and drunkenly crooning to itself.

For now, however, Nielson is content to be UMO’s ringleader and shape them into one of the must-see live acts this summer, with Portrait, trucker-like drummer Riley Geare and a new keyboardist, Quincy McCrary, in tow. And as for that sense of adventure? Multi-Love’s aftermath has made Nielson more reflective.

“It makes me think: where does the music and life kind of end?” he says. “Am I allowed to write about anything that happens to me, or am I allowed to just let anything happen to me because I can always turn it into music to protect myself from the chaos of life? It’s definitely something I have only thought seriously about after this experience.”