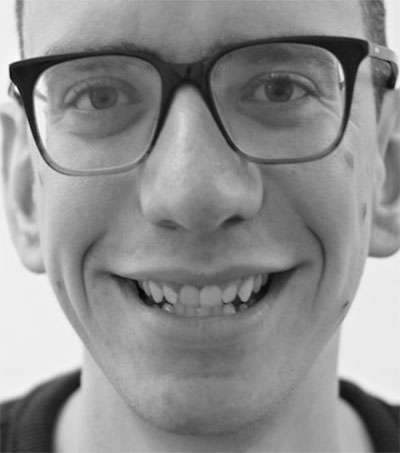 Aucklander Max Harris wants you to change your mind, according to Impolitikal co-founder Sarah Illingworth. Currently based in Oxford, United Kingdom, Harris is completing a PhD in Law at All Souls College, and has a particular interest in issues like whether universal basic income (UBI) is a workable response to increasing employment insecurity as the nature of work continues to change.

Illingworth, whose article features in the Huffington Post, talks to Harris about his forthcoming book The New Zealand Project, which explores this topic amongst a variety of others, and essentially calls for a paradigm shift – towards progressive politics and a new framework for economic thinking.

“The UBI is about paying people, usually monthly, without requiring work and usually in quite a universal or expansive way, so policy proposals include every citizen in a political community, usually people over the age of 18,” Harris explains.

“[UBI] is a new way to think about the welfare and a way to balance freedom and equality,” he says.

“One big advantage of [UBI] is increased security from basic income and people knowing that they have a solid income from the state that they’re getting every month, which means that if they’re in a job, any insecurity that they might have is lessened by the fact that they know that they have that fallback, or if they’re not in formal employment, and they’re in say an arts job or entrepreneurial job, or they’ve got their own projects, they have that security which allows people to take risks, whether those are creative risks or entrepreneurial risks or the like.

“The second advantage is that as work is changing, and a lot of people told me this in Finland as well, more and more people need money in their back pocket for a rainy day, [for instance] if you’re doing contract work or if you’re in part-time work, or different forms of insecure work, more and more people aren’t guaranteed enough to live, week by week, and a basic income essentially helps top people up.

“There’s another advantage in UBI in that it gives sufficient recognition to forms of work that aren’t at the moment. This includes domestic labour [and] childcare.

“It could reduce the stigma that some people face on welfare benefits at the moment and the bureaucracy around that, because people, at least in most models, wouldn’t have to apply and go to job centres and could just have this guaranteed income.

“The book is about progressive politics in New Zealand and what it means to be progressive in New Zealand. Back to three values: care community and creativity, and I say that those values have been undermined, especially since the 1980s in New Zealand … [with a] loss in direction in politics and a move to ‘muddle through pragmatism’ that doesn’t really think about principles and values.”

Harris completed his BA/LLB at the University of Auckland. He helped to set up the group JustSpeak to encourage young people to speak up for a more humane criminal justice system.

The New Zealand Project is out on 11 April.