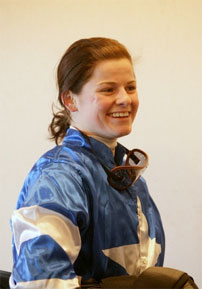 Eighteen-year-old Pukekohe jockey Alysha Collett took on the big boys of the Sydney racing scene at Rosehill and emerged triumphant riding the Australian-trained Matiya’s Pride. Collett was invited to Australia by Sydney’s premier trainer Chris Waller. The win was Collett’s 104th in an apprenticeship spanning just 18 months. Riding was always going to be her profession. “My father Richard was a jumps jockey, my mother rode as jockey, her name was Judy Hawes,” Collett said. One New Zealand apprentice each year is chosen to spend two weeks with the Waller stable. Collett’s brother Jason leads the New Zealand apprentices’ title with 79 wins. Alysha is equal second on 58.