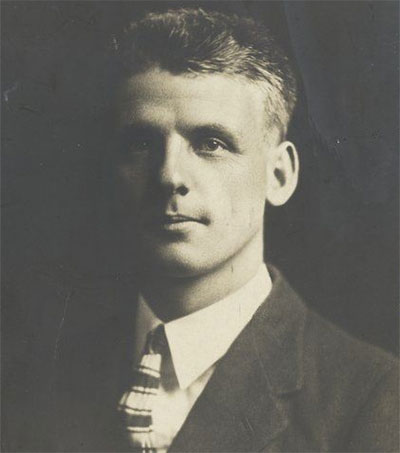 “In the 1930s, a translator of Japanese literature from New Zealand was jailed and tortured by the Japanese police. His name was Max Bickerton or, more fully, William Maxwell Bickerton,” Japanese poet and translator Hiroaki Sato writes in an opinion piece for the Japan Times.

“I had wondered about this translator for a long time – for an esoteric reason,” Sato writes. “I translate haiku in one line, and Bickerton is one of the very few people who have done the same.

“When I first wanted to learn more about Bickerton some years ago, I didn’t find much on the Internet. But when I did the search recently, I found a wealth of information about him, including an obituary by Sir Herbert Vere Redman in the bulletin of the Japan Society of London for February 1967.

“Equally important, there was an article by Bickerton himself, titled ‘Third Degree in Japan.’ It originally appeared in the Manchester Guardian, then was reprinted in the September 1934 issue of the Living Age, a magazine published in Boston.

“Bickerton was born in Christchurch, in 1901. After graduating from Victoria College (now Victoria University), he taught at high school for one year in Maori territories and, at age 24, went to Japan. There he ‘plunged almost completely into Japanese life’ and ‘started serious study of the Japanese language on arrival.’

“He must have had an innate linguistic talent. In short order, he translated Issa and the brilliant but short-lived female writer Higuchi Ichiyo. But what put him in trouble with the police was his translation of ‘some of the proletarian writers of the late ’20s,’ as Vere Redman put it in the obit, though he didn’t mention the wringer he had to go through as a result.

“No, Bickerton wasn’t tortured for translating haiku, let alone doing so in one line. But only six years later, in 1940, a total of 15 haiku poets were arrested, jailed, interrogated and, at times, subjected to the third degree. What was their crime?

“These poets had moved away from the traditional haiku, rejecting, among others, the requirement of the inclusion of seasonal words (kigo). Conservatives charged that the disregard of kigo was ‘liberal’ and even led to the denial of the emperor system. The army (war) minister stated in the Diet, ‘liberalism is the hotbed of communism.’”