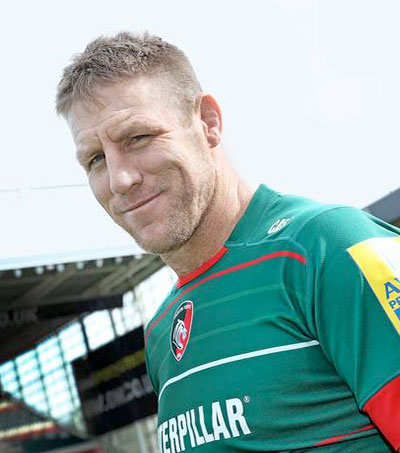 Trailblazer Brad Thorn Happy to Be a Leicester Tiger

Former All Black forward Brad Thorne, 39, has pitched up at Leicester at the tail-end of a colourful career that’s taken him from Dunedin to Leinster via Japan. But, he tells the Independent’s Chris Hewett, his determination to impress has not been dimmed by the air miles.

Thorn is unique in the annals of rugby. Born in Mosgiel, which would be a satellite of Dunedin if Dunedin was big enough to have a satellite, he grew up in Queensland and lived the rugby league dream, making exactly 200 senior appearances for the Brisbane Broncos in two separate shifts and winning full international honours with the Kangaroos. Following which he recrossed the Tasman and declared himself available for the All Blacks, who promptly selected him 60 times in the second row.

He has won the World Cup with New Zealand, the Super Rugby title with the Christchurch-based Crusaders and the Heineken Cup with Leinster.

The way Thorn tells it, he was a “naturally lazy kid” and stayed that way deep into his teens. “It was my dad who stepped in, when I was 16,” he said. “He told me, ‘I’ve had enough of this, you’re not doing anything, get yourself out there and go for a run.’”

“So I went running in this forest near the house and something happened to me there. From that point on, all I wanted to do was get stronger and fitter. It’s why I’ve lasted so long, I guess. I just have this attitude.

“That short spell with Leinster proved that if you approach things the right way, you can create the bond I was talking about in next to no time. I had three months there and walked away knowing that we’d achieved something special.

“Here at Leicester, I have nine months to do something similar. The challenge appeals to me and I’ll give it all I have. As I say, I don’t want to be a burden.”