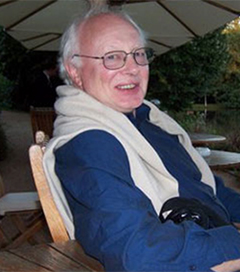 Hamilton-born Timothy McFarland taught medieval German literature ‘with passion to generations of students,’ at University College London. ‘If the impact of a great university teacher is on the horizons they open up and the intellectual conversations they spark, he was unrivalled,’ according to his great friend Julian Jackson, writing in The Guardian newspaper. McFarland’s life was also proof that adversity can be overcome with dedication and tenacity. He lost both his mother and father at an early age. Despite these setbacks, and his hatred of the boarding school where he was subsequently sent, McFarland gained an MA in German from Auckland University at the age of 20. Then he won a Humboldt Scholarship to Munich, where he ended up staying for nine years – first as a student and then as a foreign language assistant at the university. In 1995, McFarland began teaching in the German Department at University College, London, finally retiring in 2000. McFarlane had ‘a particular love for the epic poetry of Wolfram von Eschenbach, the author of Parzival,’ writes Jackson. He also co-edited a collection of essays devoted to Eschenbach’s less well-known Willehalm. Timothy McFarland is survived by Jenny, his wife, with whom he lived for over 40 years before marrying her in 2011.