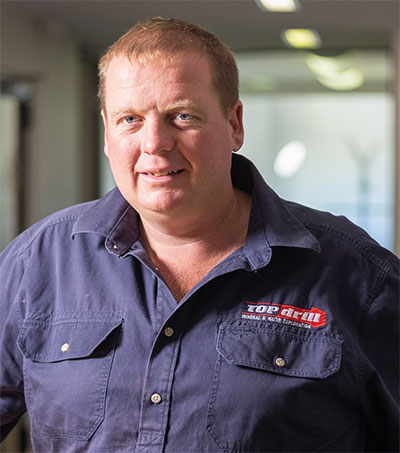 New Zealanders Tim Topham and his brother had little to show for their business dream in 2006, spending their nights on mattresses in their newly purchased yard in Boulder, Western Australia. By day they pieced together their business plans and sought finance for their first drilling rig. Just over a decade later the company they created, Topdrill, now has 20 rigs and 2016 staff.

It was not an easy journey for Topham.

For two years, Topham and his wife lived in shipping containers in the yard. The next major hurdle was when the financial crisis hit and work dried up. Then Topham’s brother left the business and had to be bought out.

“The music stopped, there were no chairs left to sit on,” Topham said.

Things improved in the next few years, ahead of a second downturn in 2012.

That time Topdrill was prepared, Topham said, with the business tripling in size via the purchase of equipment as a glut of machinery hit the market.

“Starting tough has never given me the opportunity of sitting back and resting,” he said.

In the time since, Topham has led his field in the recruitment of women and embrace of technology. By next year, Topham hopes to have an all-female drilling crew.

And he’s had his own personal bonus – being able to buy back a farm next door to his parent’s property back home in New Zealand.

The last four years have been a whirlwind for New Zealander Tim Brown and American Joey Zwillinger, the founders of Allbirds. The company has recently announced that it has filed a…