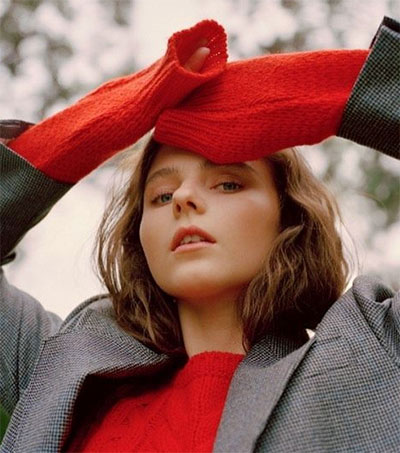 “Even in a year free from Hollywood’s typical machinations – red carpets, fall festivals, movie theatres – stars could still be made seemingly overnight,” Keaton Bell writes for Vogue. “Here’s our rundown of 15 newcomers [including Wellingtonian Thomasin McKenzie] to keep on your radar in the new year.”

“The dazzlingly talented New Zealander has four different films lined up for 2021,” Bell writes for the magazine. “Up first is Edgar Wright’s Last Night in Soho, a groovy psychological thriller set in Swinging Sixties London. Next up she stars in M. Night Shyamalan’s secretive next project Old, purportedly based on a graphic novel about a group of beachgoers trapped in a mysterious cove who begin to rapidly age. Along with The Justice of Bunny King, McKenzie, 20, recently wrapped production with Kirsten Dunst on Jane Campion’s latest, The Power of the Dog.”

McKenzie’s breakout role was as ‘Tom’ in the Debra Granik-directed survivalist drama Leave No Trace in 2018. It is the second-most reviewed film to hold an approval rating of 100 per cent on Rotten Tomatoes.

Tags: The Power of the Dog  Thomasin McKenzie  Vogue