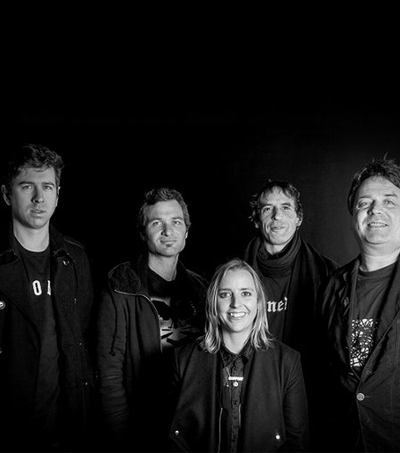 “It’s taken 19 years for Martin Phillipps to get round to releasing the fifth Chills album (and the previous four took 16 years to make), but his manifold troubles in the years since Sunburnt haven’t diminished his melodic gift”, writes Michael Hann for The Guardian.

In his review of The Chills’ new album – Silver Bullets, Hann comments on the bands’ appeal that according to him “always lay in their ability to combine brightness and murkiness”.

Underwater Wasteland and America Says Hello are links to the past, according to the reviewer, but “there’s also an ambitious expansiveness on the eight minutes of Pyramid/When the Poor Can Reach the Moon, which resolves itself into one of Phillipps’s typical bouncing melodies, vocal harmonies tumbling over each other.”

All in all the band returns for their new album with their melodic gifts intact, according to Hann.