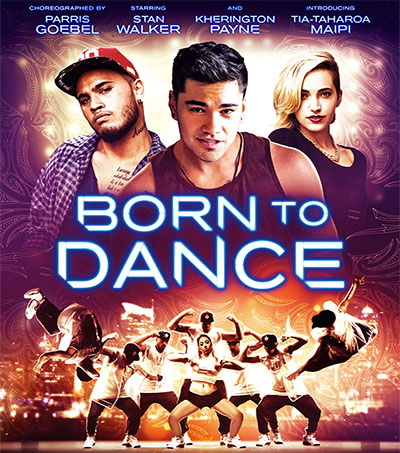 Tammy Davis’ hip-hop drama Born to Dance, a “hidden gem” at this year’s Berlinale, has become the most unlikely of box-office hits Down Under.

Born to Dance brought in more than $1 million in theatres last year, making it one of only 19 locally made films to reach that milestone. Not bad for the first-ever Kiwi dance movie, according to the Hollywood Reporter.

The film, which had its international debut in the Generation 14plus sidebar in Berlin, was inspired by Parris Goebel, the 24-year-old New Zealand hip-hop dancer and choreographer whose Royal Family dance crew is a global phenomenon. Multiple winners of the hip-hop world championships, the Royal Family was featured in Step Up: All In, which earned more than US$86 million worldwide as the last film in the Step Up franchise. Goebel, who played Violet in the film, has worked with Jennifer Lopez and Janet Jackson and recently choreographed and shot the already iconic video for Justin Bieber’s recent hit “Sorry.”

Goebel also served as choreographer on Born to Dance, ensuring the movie’s moves are as cutting-edge as she is.

The Glee-style story of the outsider, or “the kid struggling to fulfill his dream,” is one the director knows well. “I’ve been there, I’m still there,” Davis says. It’s no accident that the Born to Dance cast is highly diverse, including many newcomers from New Zealand’s Maori and Polynesian minorities.

Davis worked hard with the cast, 90 per cent of whom had no acting experience. The director put in the hours in rehearsals, and with specialist dance unit director Chris Graham, to bring out the performances on screen.

But the real star, Davis says, was Goebel, who worked not only on the film’s choreography but also contributed to how the dance sequences were shot. “She’s amazing,” Davis says. “Her creative integrity came through … Working with someone of her expertise made me raise my game.”