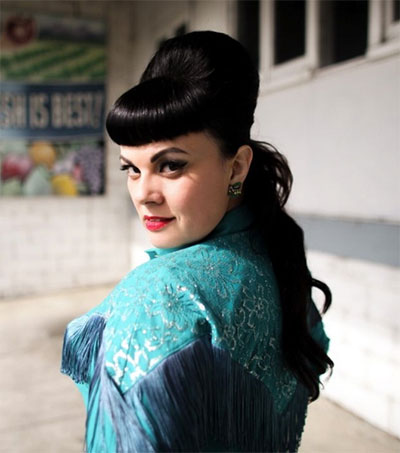 In the opening slot on a recent North American tour with Canadian singer-songwriter Colin James was Tami Neilson, a Mississauga-bred, New Zealand-based dynamo whose 30-minute sets created a buzz with audiences. Neilson and her trio received a standing ovation at every show on the tour – incredibly rare for an opening act, according to Times Colonist reviewer Mike Devlin.

Neilson’s new album, Don’t Be Afraid, is a showcase for the sequined, beehived soul singer, whose full, dynamic range has drawn comparisons with everyone from Etta James to Amy Winehouse. She isn’t afraid of putting in hard work, either. Following each of the shows on her tour with James, Neilson stuck around to sign CDs for fans and meet concertgoers.

“When you’re a support act, you need to make that connect quickly. Hopefully, the point of doing it is to win over new fans,” Neilson said.

She hasn’t toured Canada recently, having been based in Auckland for 11 years, so she is generally considered a new artist. Her track record, however, goes back 20 years to when she was a teenager singing country music in her family band, the Neilsons, with her parents and brothers.