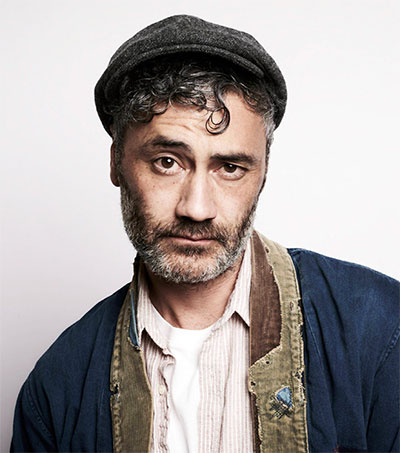 “I dreamt of becoming a filmmaker in my 30s, it was an arranged marriage,” New Zealand director Taika Waititi told the audience at a recent Toronto International Film Festival (TIFF) Master Class.

“I was painting throughout my 20s then when I was 28-29, I realised I hadn’t tried filmmaking,” Waititi said.

However it was a sour acting gig on the New Zealand TV series The Strip that would propel Waititi behind the camera.

You see, he was playing a stripper “and I thought there’s got to be more for me,” Waititi said. And it was in a green room, wearing a G-string that propelled Waititi to write the live-action short right there and then Two Cars, One Night which followed two boys and a girl meeting in a carpark outside a pub in rural New Zealand. The short went on to be nominated for a 2005 Oscar.

How has life changed since then? “I can put three square meals on the table for my kids,” he said.

Waititi, 43, is busy prepping an animated film on Michael Jackson’s monkey Bubbles and finishing his World War II comedy Jojo Rabbit which stars himself and Scarlett Johansson. When will it be ready? “It’s a year away,” he said.

In regards to Bubbles, Waititi joked, “It’s the story of Michael Jackson’s chimpanzee that has never been told until now, many have tried … I went to Florida, visited Bubbles, interviewed him and got the truth.”

Asked by a Master Class audience member what it meant to be a Māori playing Adolf Hitler, Waititi beamed and said, “What better f**k you to that guy?!”