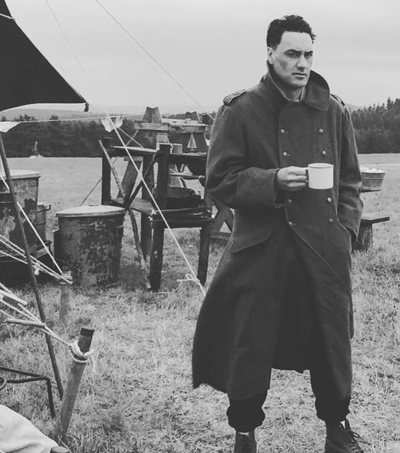 “Waititi told Screen at the Karlovy Vary Film Festival that the Fox Searchlight WW2 comedy Jojo Rabbit, which has three weeks of filming left in Prague, is inspired by the “great satires of the past like Doctor Strangelove or The Great Dictator”.

“There’s a message behind it, it’s very much an anti-war film, it’s got a real contemporary feel and contemporary sense of humour to it as well,” he said.

“It’s a dangerous topic, when you say ‘I’m making a WW2 film’ the studios go ‘oh god not another one’, but this one is so different, so weird and has this Pythonesque style to it. I think because of all the films I’ve made now they really got the tone.”

“Jojo Rabbit follows a young boy (Roman Griffin) raised in a Hitler Youth camp who questions his patriotism when he realises his mother (Scarlett Johansson) is hiding a young Jewish girl (Thomasin McKenzie),” according to the article.