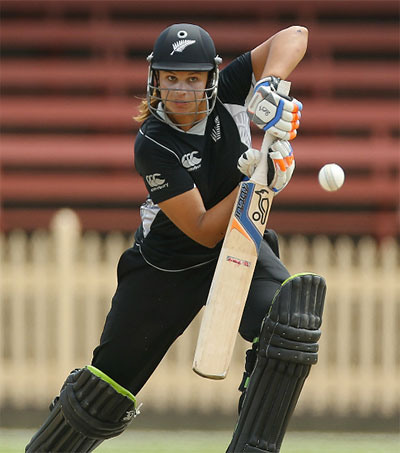 Dunedin-born skipper Suzie Bates, 28, has been named Wisden’s 2015 Leading Woman Cricketer in the World, scooping the accolade ahead of Australians Meg Lanning and Ellyse Perry.

The right-hander joins New Zealand men’s captain Kane Williamson and predecessor Brendon McCullum in being recognised by the sport’s longest surviving annual, after the duo were named among Wisden’s five cricketers of the year.

Bates consolidated her status as one of the power hitters of the women’s game in 2015, averaging 48.75 in 14 ODI innings’ at a strike rate of 81. She averaged 26 in Twenty20 Internationals in 2015 and showed prowess with the ball in hand, taking 16 wickets across both formats of the game.

Bates, who debuted for the White Ferns in 2006, scored 258 during the 5th one-day whitewash of Sri Lanka, having smashed her sixth one-day century in the victory over England in February.

Wisden editor Lawrence Booth said: “It needed something special to deny both Meg Lanning and Ellyse Perry this award, and Bates’s all-round performances were precisely that.”