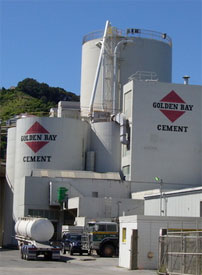 Golden Bay Cement has been recognised for its use of bioenergy to reduce CO2 emissions, winning the Renewable Energy category in the 2012 Energy Efficient and Conservation Authority (EECA) Awards. The company has cut CO2 emissions by a 58,000 tonnes per annum (tpa) and is saving $3m every year in energy costs, as a result of substituting nearly a third of the coal burned in its kiln for wood fuel, sourced from demolition and construction waste. EECA chief executive Mike Underhill said Golden Bay was setting the bar for other energy-intensive industries. “It demonstrates very clearly that large process heat users don’t necessarily need to rely on fossil fuels,” Underhill said.