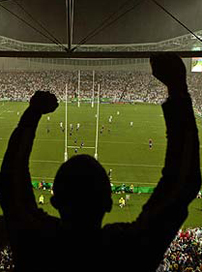 Surge of Visitors for World Cup

Despite a strong New Zealand dollar, international rugby fans haven’t been deterred from organising travel to New Zealand for this year’s Rugby World Cup. The most recent figures forecast 1, more visitors than previously expected. Over 95, people are set to visit the country during the nation’s largest sporting event which kicks off on 9 September. The latest forecast is based on international match ticket sale data released by Rugby New Zealand 211. Martin Snedden, Chief Executive of Rugby New Zealand 211, believes the increase in projected tourist numbers is a strong indicator of how beneficial the Rugby World Cup will be for New Zealand. “The upsurge in support from overseas fans is a strong sign of confidence in our ability to host the biggest sporting event New Zealand has ever held,” Snedden says. The Rugby World Cup is the third largest sporting event in the world, with more than 4 billion people tuning in to watch the 27 tournament in France.