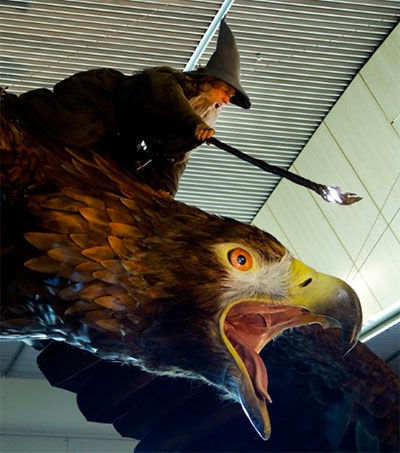 Peter Jackson’s Lord Of The Rings and Hobbit series have proved to be as precious to New Zealand’s economy as any magical ring with millions flocking to the country for a glimpse of Middle Earth, making tourism the main driver of growth, the Daily Mail reports.

For years, coffers have been supplemented mainly by booming sales of dairy products from milk to infant formula.

But with breathtaking shots of sweeping landscapes and majestic mountains, the multiple Oscar-winning blockbusters shone the Hollywood spotlight on the country that has seen visitor numbers swell since the first film was released in 2001.

Official data shows international tourists pumped $14.5 billion into the economy last year and visitor numbers, currently 3.4 million, were set to double over the next seven years.

Tourism New Zealand (TNZ) chief executive Kevin Bowler said the growth had been phenomenal, thanks largely to the way the industry had leveraged the popularity of New Zealand’s film sector.

The bulk of movie fans visiting New Zealand are attracted by Jackson’s films, which have been described as marathon advertisements for the country’s rugged charms.

A survey showed 18 per cent of international tourists last year cited The Hobbit as the reason they considered a trip to New Zealand.

Almost 30 per cent visited a Hobbit-related attraction during their stay, including Wellington’s Weta effects workshop or touring film locations.