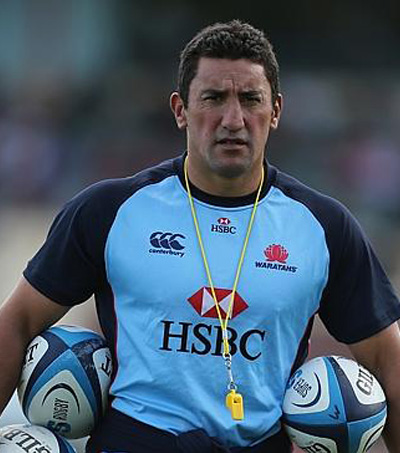 Daryl Gibson has been confirmed as the new NSW Waratahs’ head coach for the next three Super Rugby seasons on Thursday April 02. That makes the New Zealander the first foreigner to ever hold a NSW coaching position.

Gibson has been influential in transforming the Waratahs into titleholders, which is one of the reasons why the current head coach as well as Waratahs’ chief Greg Harris are confident his appointment will lead to a host of big-name re-signings.

“That’s the challenge that’s before us. With the current contracting climate and the competition from overseas, it’s one that we’re dealing with immediately”, said the former New Zealand rugby player.

“It’s certainly my goal that we retain that status and compete every year for trophies. (…) I believe because of our position in Australian rugby and the fact that we sit on the largest talent base, that should not be unachievable.”

The New Zealander is taking over from Michael Cheika, who will focus solely on his role as Wallabies coach in 2016.

Daryl Gibson is a former New Zealand rugby player, who won 19 Test caps for New Zealand and four Super Rugby titles as a player with the Crusaders before starting his coaching career in 2007 with Glasgow. In 2012 he started working for the Waratahs as assistant coach.