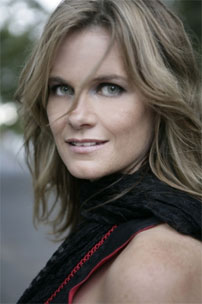 New Zealand singer/songwriter Jackie Bristow, who is based in the United States, recently played a solo acoustic set at the Henry Miller Library in Big Sur, California. On her most recent release Freedom, Bristow moves into more of a storytelling direction than her previous two albums, resulting in her most masterful work to date. “I wanted to make myself sound more unique so I asked myself, ‘What’s unique about me?’” Bristow says. “I’m from the south of New Zealand and I wanted talk about where I’m from.” Along with a grab bag of bluegrass, country and folk, hints of Joni Mitchell and Rickie Lee Jones draped throughout the ten-track LP, Bristow’s sweet voice consistently breathes with an honest sensibility. Bristow began her professional career in Australia in 1994. Her track, This is Australia won Tourism Australia’s Song Competition in 25.