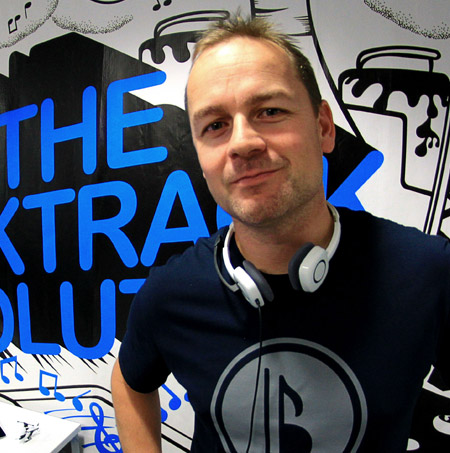 Booktrack, a tool designed for self-published writers and publishers to add soundtracks to their eBooks, now has more than a million users.

The company, which launched 11 months ago, expects to reach 2 million by the end of its first year. Over the last year, more than 4,000 authors have joined the platform and Booktrack users have published more than 6,000 titles in 30 different languages.  User growth has doubled every quarter since the platform’s inception and continues to multiply.

Booktrack’s reach also extends to the classroom, where it has been proven to dramatically improve student literacy. More than 4,000 educators around the world have adopted the Booktrack Classroom application to help students more deeply engage with creative writing, essays, novels, and poetry studies. Independent research has proven that Booktrack increases reading comprehension and retention by 17%, and reader engagement by 30% (Sources: NYU and The University of Auckland).

Booktrack authors include bestselling author Hugh Howey. Describing his experience using Booktrack, Howey said: “Storytelling can be so much more than mere words. I love what Booktrack makes possible. Now, a soundscape can heighten our reading experience.”

“When we launched the Booktrack Studio platform 11 months ago, we wanted to empower readers, writers, educators, and students to connect with storytelling in a new way on their mobile devices, through a soundtrack,” said Paul Cameron, CEO and Founder of Booktrack. “The fact that one million people adopted the Booktrack technology in only 11 months highlights that there is not just a desire but a need for a new and modern reading experience. We believe that this growth will continue as we release new features such as the ability for anyone to ‘soundtrack the web.’”

The announcement of this milestone caps off an impressive year for Booktrack, which included a $3 million Series A funding round that closed early in 2014. When it reaches its one year mark, Booktrack expects to have more than two million users across more than 200 countries.

Heading into its second year, Booktrack is now working on monetizing the studio platform to allow writers to sell their Booktrack titles directly through the Booktrack site and mobile apps. Authors and publishers will be able to set their own prices for their Booktracks and reach a new audience of more than one million readers. In addition, the technology to “soundtrack the web” will be released by Booktrack, allowing anyone to embed a Booktrack title in their website in the same way a YouTube video can be embedded in websites and social news feeds. The company also has plans to expand its education offering, with a number of content and creation tool projects in the pipeline.

Backed by investors including Peter Thiel and Weta Digital, the Booktrack application is available from www.booktrack.com and in the Apple App Store, Google Play and Google Chrome Stores.