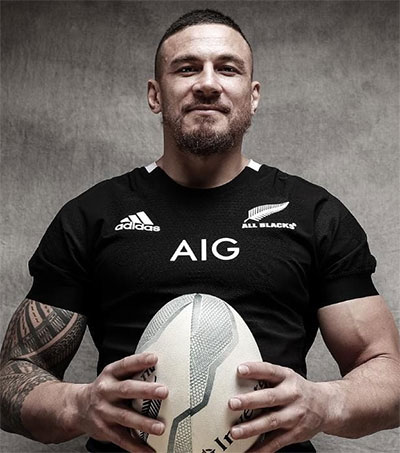 A long-time member of the famed All Blacks, who has won the Rugby World Cup twice and represented New Zealand at the 2016 Rio Olympics, Sonny Bill Williams is a superstar of the highest order in rugby hot beds Australia and England where the sport is mainstream, Reuters reports for a New York Times story on Williams’ signing with the Toronto Wolfpack.

In Canada, where rugby remains very much a niche pastime, he is a mystery man.

Before news broke that Williams was linked to a $10 million two-year deal to join the Wolfpack, for most Torontonians the 34-year-old could well have been the opening act for Fleetwood Mac – who played in the city the same weekend as the announcement – as the world’s best-known rugby player.

To be sure, Williams, who has jumped between codes playing both rugby union and rugby league, is a mega star performer but the Toronto stage is a small one, an aging neighbourhood stadium with artificial turf and a seating capacity of 9000.

Rugby league’s only trans-Atlantic club, the Wolfpack will make their Super League debut in England on 2 February having won promotion to the top tier last month by beating Featherstone Rovers in the Championship playoff final.

To get noticed in such a competitive market would require a bold play and Wolfpack’s majority owner, Australian mining tycoon David Argyle, has apparently put his money on Williams.

While the Williams name may not get the immediate attention of potential new fans, the arrival of rugby’s richest player of all-time will no doubt attract the curious.

“I think this is a bold move and the right move,” Queen’s University marketing professor Ken Wong told Reuters. “It might also be an indication that this is bet the farm time.”

It took a $10 million carrot to lure him to a rugby backwater.

“I’m a firm believer in the marketing power of the superstar, and the investment – no matter how large – is usually worth it,” Bob Dorfman, sports marketing expert at Baker Street Advertising told Reuters. “Especially, for a league or team looking to build respectability or make a splash.”