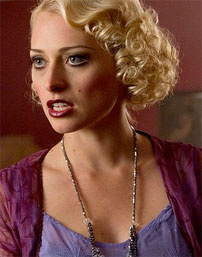 Snapping Up the Roles

Former Wellingtonian actress Chelsie Preston Crayford, 25, says her career move to Sydney was not about culture or leaving for a bigger city. In fact, given the choice, she would live back in the capital. “It’s just about how many opportunities there are,” Preston Crayford, who scored the role of Tilly Devine in Underbelly: Razor – the role for which she won Most Outstanding New Talent at this year’s Logie awards. “Of course, if you chose a vocation you want to be able to do it all the time.” In 2007, Preston Crayford won the best performance gong at the Air New Zealand Screen Awards for her role in the short film Fog.