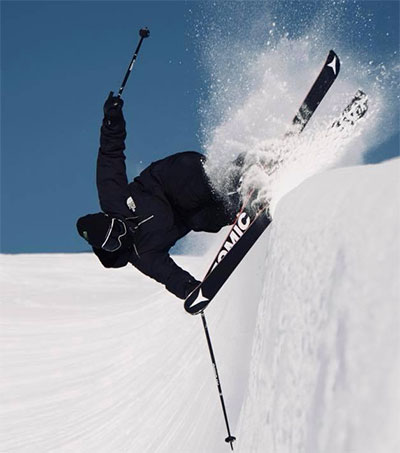 Wanaka’s Wells brothers are “skiing’s answer to the Von Trapp family”, according to CNN’s Matias Grez. The four freeskiers are: Jossi, 27, (pictured) Byron, 25, Beau-James, 21, and Jackson, 19.

Ever since he can remember, Byron Wells’ feet have been strapped to a pair of skis and sibling Jossi has been there to encourage him – in the way only elder brothers can.

“It was one of my first memories skiing, I must have been three or four at that stage,” Byron told CNN.

All four had aspirations of competing at PyeongChang 2018, though Jossi has been forced to withdraw through injury.

Of the three fit brothers, Byron and Beau-James will be competing in the halfpipe, while Jackson takes to the snow in the slopestyle.

Since they were bickering on the snow in New Zealand as kids, both Jossi and Byron went on to become Olympians, qualifying for Sochi in 2014.

Beau-James also competed with his two older brothers in Sochi and had the honour of being nominated as New Zealand’s flag bearer for PyeongChang 2018.

“It’s funny, as you go through life there just seems to be this evolutionary process,” Bruce told CNN. “The different stages of your children’s development and also having a number of them at different ages.

“They’re all young men now and they’re trying to live their own individual lives, but at the same time they’re four brothers and they’re all supportive of each other as far as the skiing side of things goes.

“But they all have their own different interests that they all pursue away from the snow and I really encourage that and hopefully when they’ve all finished skiing they have something behind them they can go on with and be good citizens of the world.”