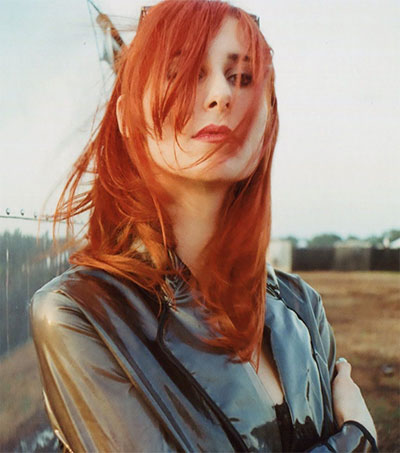 When a musician describes one of her tracks as “an early Madonna song if it was produced by My Bloody Valentine’, you know you’re in for something special,” online magazine PopMatters writes in a profile about New Zealand-born New York-based Tamaryn.

Cranekiss will be Tamaryn’s third full-length album. This forthcoming album explores a new territory, bringing in a whole new array of electronics, synths, samples and more. Her previous style allowed her to focus on the songwriting, she said, and that remains important, but she was excited to explore more creative terrain in her new work.

“Even though there’s still an element of things I’ve done before sonically and emotionally, I was more restrained before because the music asked for that. And now the music is asking for me to really go for it,” Tamaryn said.

A lot of the magic, she said, was owing to producer Jorge Elbrecht, who has also worked with noted indie acts like Ariel Pink, Violens, and Lansing-Dreiden among others.

“It was an honour to see the way Jorge Elbrecht worked as a producer. There were a lot of funny experiences throughout. Jorge is really into alternative nutrition and things like grounding bracelets, where they plug you into the wall so your polarity is grounded, and he would strap me in before I’d sing, and he would have giant leaves of fresh aloe vera. Those kinds of experiences were really memorable and I look back on them fondly.”

A great influence on her work is Depeche Mode’s Martin Gore. Earlier this year she was offered an opportunity to interview him for V Magazine. A fan since the age of 13, the daunting offer was one she couldn’t resist:

“I think that he is the greatest songwriter ever. He has written more great songs than anyone I am a fan of.”

In 2014, Tamaryn collaborated with Drew McDowell – known for his work with the experimental electronic bands Coil and Psychic TV – providing the score to a short film written by Bret Easton Ellis, Are You Okay.