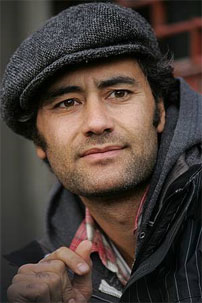 New Zealand filmmaker Taika Waititi — whose 2010 film Boy was recently released in the United States — talks to Rotten Tomatoes about his five favourite films and his upcoming vampire movie plans with Flight of the Conchords’ Jemaine Clement. Waititi names: Dr Strangelove, The Graduate, Stalker, Coming Home and Badlands as his top five flicks. “What are you doing for your next film?” Rotten Tomatoes asks. “I’ve got two,” Waititi says. “One of them is one I’m doing by myself, which I’ve written, which [I’ll] shoot in Europe — and that’s a World War II comedy. And then [Clement] and I are writing a vampire movie we’re both in with a bunch of our friends, and that will be shot in New Zealand.” Waititi was born in 1975. He was nominated for an Academy Award for his 2003 short film Two Cars, One Night.