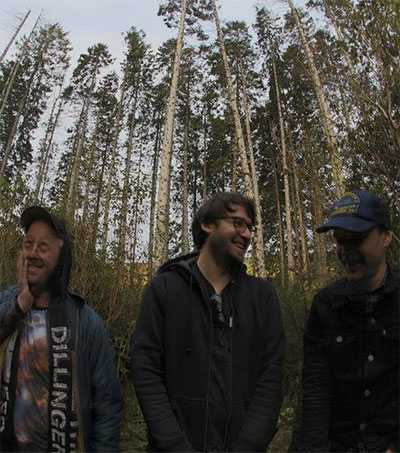 Etten said: “I fell in love with The Shifting Sands music a while back, and while on tour in New Zealand last year, I met the band members who ran a venue called Chick’s Hotel in Dunedin (RIP). We became fast friends and stayed in touch.”

The Shifting Sands released their second album, Cosmic Radio last year. It is a record of “gorgeous guitar pop” according to Brooklyn Vegan, “that owes some to Dunedin’s indie rock heritage – The Clean’s David Kilgour plays guitar on the album – but forges its own path.”

The Shifting Sands tour has two stops in New York City: 13 October at Rough Trade for the Aquarium Drunkard showcase with Omni, Muuy Biien, EZTV and Golden Daze and then at Elvis Guesthouse on 14 October.