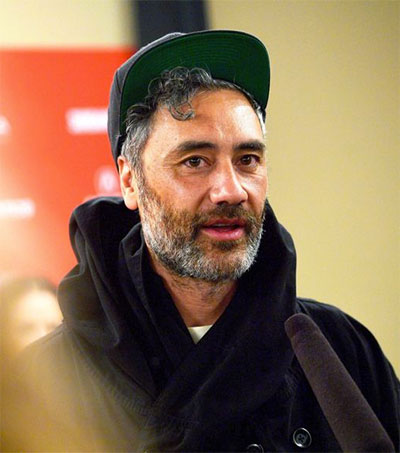 After breaking out in a major way in Hollywood by directing the critically acclaimed action-comedy Thor: Ragnarok, New Zealander Taika Waititi’s next film is going to an unexpected place: Nazi Germany.

Waititi, 42, wrote the script for Jojo Rabbit, a Fox Searchlight film about “a young boy who longs to be part of the Hitler Youth and whose imaginary friend is Adolf Hitler.” Playing Hitler? None other than Waititi himself. Yeah, this is going to be a weird one, according to music and entertainment site Paste magazine.

But that’s not all – Waititi (also known for What We Do in the Shadows and Hunt For the Wilderpeople) is also bringing on some Hollywood A-listers for the project. Sam Rockwell, fresh off a supporting actor Oscar for his role in Three Billboards Outside Ebbing, Missouri, will join Scarlett Johansson in two of the film’s meatiest roles.

Johansson would be playing Jojo’s mother, a woman who is a secret member of an anti-Nazi resistance of some kind. Rockwell, meanwhile, would be playing “a Nazi captain who runs a Hitler Youth camp.”