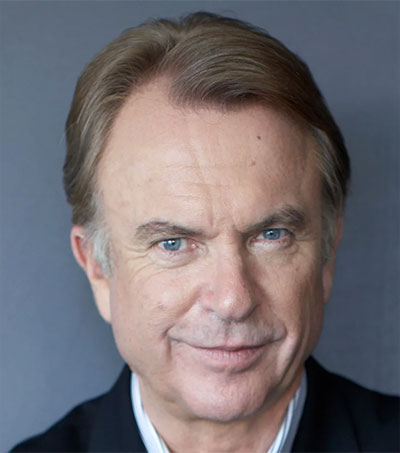 Sam Neill Cuts to the Chase

In a Q&A with the Guardian, New Zealand actor Sam Neill talks about his father’s war medals, the Fifa film and a secret about his real name.

Born in Northern Ireland, Neill, 68, grew up in New Zealand. He starred in My Brilliant Career in 1979, Dead Calm (1989), The Piano (1993) and two Jurassic Park movies (1993 and 2001). His TV appearances include Merlin, The Tudors and Peaky Blinders. The Daughter is his latest film. He is married for the second time, has three children and runs Two Paddocks vineyard in Central Otago.

“What is your earliest memory?” the Guardian asks. “Wracked with whooping cough, aged four,” Neill replies.

“Which living person do you most admire, and why?” “My brother, Michael. He is an academic and has devoted his life to scholarship; my life seems trivial by comparison. Bastard.”

“What is your most treasured possession?” “My father’s war medals.”

“What makes you unhappy?” “Solitude. I crave company.”

“Who would play you in the film of your life?” “Tilda Swinton.”

“What is your favourite smell?” “The top of a baby’s head. My kids smelled delicious.”

“What is the worst job you’ve done?” “Everyone says it’s the Fifa film [United Passions], but I had a marvellous time.”

“Tell us a secret.” “I was christened Nigel. It set me back for years.”