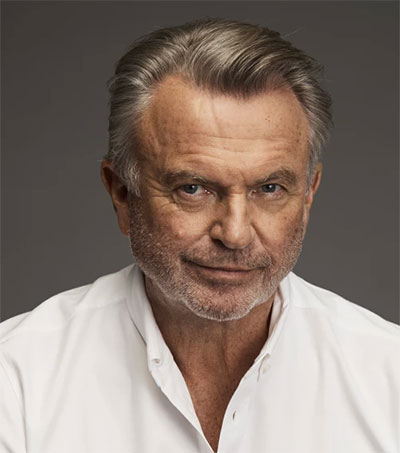 Sam Neill Cooks up a Storm in New TV Doco

Few performers can match the easy charm of New Zealander Sam Neill either on camera or off, but he is braced for outrage in response to his latest outing, as presenter of a History Channel six-part documentary series retracing the epic voyages of Captain James Cook.

“Let me say firmly and squarely that there’s hardly a minute in all of this six hours that isn’t going to give offence to someone,” Neill says. “Some people will say, ‘These people are apologists for colonialism, they’re burnishing the reputation of Cook’. Others will say, ‘This is political correctness gone mad’.

“There’s hardly a minute that’s not going to infuriate someone. But that’s good. If it’s controversial, that’s great.”

The Pacific: In the Wake of Captain Cook is no straight history. Rather it’s an attempt to look at Cook’s three great voyages, as the tagline says, “from both sides of the beach” – to consider not just the voyages but their impact on the indigenous cultures they encountered and, inevitably, changed.

In New Zealand, the series is called Uncharted. “That reflects two things,” Neill says. “The fact Cook was sailing into waters uncharted by Europeans, and the fact that I was myself sailing into uncharted waters. I didn’t know what I was going to find.”

Filming took place in bursts, with Neill and the crew travelling by container ship and plane to the far-flung locations for interviews with talent lined up by a team of researchers and writers.

Neill, 70, claims to have emerged from the year-long journey feeling “optimistic” about the future of the Pacific nations and their indigenous peoples.

“While impact has had horrendous consequences in different places, not least of them being the wholesale destruction of culture, what you see now all around the Pacific is a resurgence of those cultures,” he says.