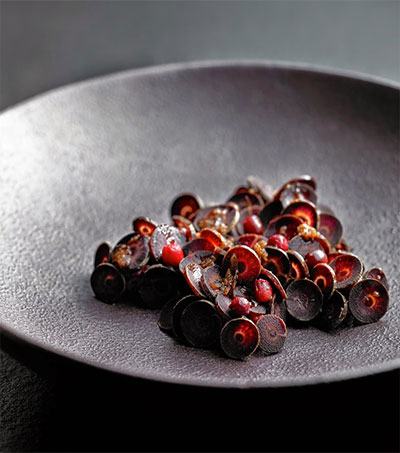 “The World’s 50 Best Restaurant awards are coming to Australia in April and it’s going to be a culinary tour de force like we’ve never seen before,” according to Good Food’s Callan Boys. “To bone up on your 50 Best, we take a look at some of the greatest dishes from the big guns of the list,” including a dish created by famed New Zealand-born chef Ben Shewry of Attica.

“[Currently ranked at No 33] Shewry’s Ripponlea fine-diner is the only Australian venue to appear on the World’s 50 Best Restaurants list.

In a recent article by CNN about the “hottest food trends for 2017 from the hottest chefs”, Shewry says social responsibility is the buzzword.

He says chefs will be focused on the environment.

Chefs can no longer turn a blind eye to food sustainability and its impact on the planet.

“Many young chefs and home cooks are looking to chefs for inspiration, and if we have a menu with a bunch of unsustainable ingredients on it, we are contributing to the problem,” Shewry admits.