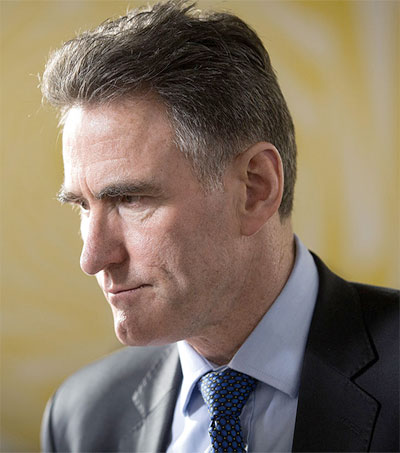 Ross McEwan Gets down to Business at Royal Bank of Scotland

Very few chief executives of big banks know how to brand a cow, what to do when calving season starts, or how to tell Angus from Shorthorn cattle. Except, that is, Ross McEwan, Financial Times contributor Martin Arnold reports.

The Royal Bank of Scotland (RBS) boss owns a cattle farm with his wife in their native New Zealand. He holidays there twice a year to get away from the strains of his London-based day job and says they bought it as an alternative to spending a similar amount on a “tiny” city flat.

An added advantage of his agricultural escape near Auckland, he says, is that it gives him a glimpse of the choices that small business owners face, such as whether to hire a second farmhand.

That sort of recruitment dilemma is a far cry from the management challenge he himself took on at the part-nationalised UK bank, which has been shedding staff in industrial quantities.

McEwan took over as CEO from Stephen Hester in 2013 only a year after the latter lured him from the Commonwealth Bank of Australia to run RBS’s retail arm. Since then he has taken a hatchet to what was once the world’s biggest bank by assets.

“We’re retreating across many parts that just don’t give us a good return and are not connected into our core business, which is the UK,” the 57-year-old says. “This is now a core UK bank.”

McEwan and most of his top executives have also agreed not to take a bonus for three years. But ultimately, the New Zealander knows he will be judged on only one thing: whether the bank’s share price hits the 500p level at which the government can start selling its 81 per cent stake at a profit.