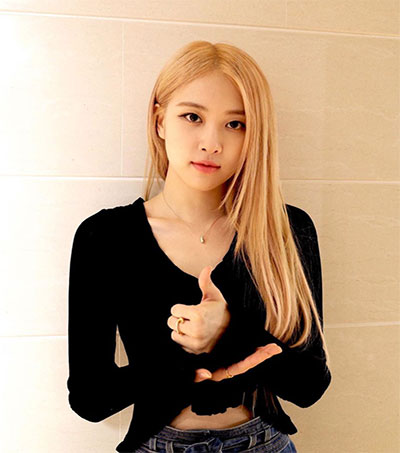 With their new album just around the corner, Jennie, Jisoo, Auckland-born Rosé, and Lisa are on the periphery of global success. Vogue’s Taylor Glasby examines how in just four years BLACKPINK became one of the biggest girl bands in the world, with the group continuing to smash new records and forge new ground.

The quartet was the first K-pop girl group to play at Coachella and to reach 1 billion YouTube views – now they’re the most-subscribed-to music group on the platform – as well as being the first girl group from any country to feature on Forbes Asia’s 30 Under 30 list, Glasby reports.

BLACKPINK collaborates with Lady Gaga on her forthcoming single, “Sour Candy”, out 29 May.

After performing on King of Masked Singer in 2017, Rosé (born Roseanne Park Chae), 23, said: “I didn’t know if the audience would like my singing. I’m so happy and relieved that they did.”

Like Rosé, Jennie (Kim), 24, was also educated in Auckland.

In 2019, BLACKPINK broke three Guinness World Records with the single “Kill This Love”, which has had more than 312 million plays on Spotify and over 824 million YouTube views. They’ve been front-row fixtures at runway shows and the faces of mega brands including Chanel, Puma, Louis Vuitton and Dior. And all this with just a handful of songs in their repertoire. How on earth did they do it?