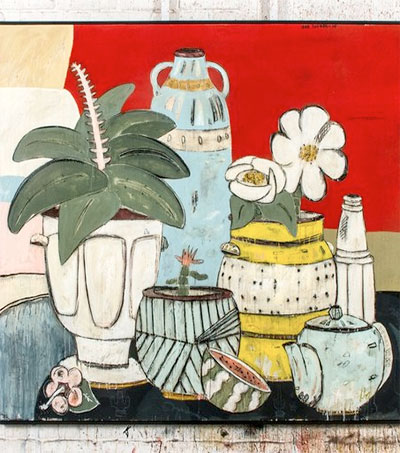 According to Vogue, 27-year-old Devonport artist Rob Tucker’s still-life paintings were one of the highlights at New York’s Outsider Art Fair on from 29 January through 1 February.

Tucker uses whatever materials he can find – oil paint, red wine, glitter, who knows what else – before coating them in the same glossy resin used to make surfboards. On view at the booth of the Rebecca Hossack Art Gallery, the results, intentional or not, are still-life paintings that resemble large-scale Matisse cutouts.

Now in its twenty-third year, the Outsider Art Fair was long ago adopted by art world insiders; it features an embarrassment of mostly unknown riches.