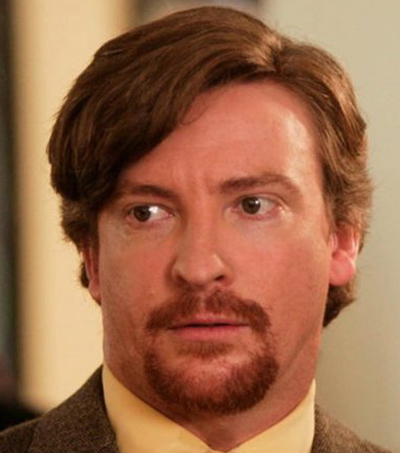 Rhys Darby On What It Takes To Be Funny Everywhere

“NZ actor-comedian Rhys Darby may have burst to fame in the United States playing Murray on Flight of the Conchords, but Darby has been honing his strange brand of comedy on multiple continents for years,” writes Spike Friedman for Forbes.

He spoke with Darby about the comedy market in New Zealand and how his brand of comedy translated abroad.

Darby got his start in the New Zealand comedy scene in Christchurch. At university he thought he was going to be a journalist, but “comedy kind of fell on his head and demanded that he pursued it”. So he started sketch writing and became one half of a comedy duo. After finishing university the comedian moved to Auckland and started to perform in different venues doing solo stand-up comedy.

He told Friedman that he always admired English comedians, which is why he went to England for six years to perfect his craft.

The British comics said “my comedy had a universal appeal. There wasn’t any particular moments or stories that were centered around New Zealand life. I talked about mythical things, or things that anyone in the western world could understand.”

In Hunt For The Wilderpeople Darby was reunited with Taiki Waititi, with whom he worked on Conchords and What We Do In The Shadows.

“Taika is very similar to me in that he is very strong on the improvisational element of comedy and making comedy an organic process.”

“We both have an attention to detail as well. It’s hard to describe, but it’s being both loose and improvisational, while it’s sprinkled with enough detail to make our work rewatchable. I think we have a similar view of how comedy should be made.”

Darby said he enjoyed acting in other people’s work, as you can get really stressed out if you’re “bogged down in your own ideas for too long.”

“When it’s all on me that’s great in small doses, but I wouldn’t want to do that the whole time. The best possible scenario is collaborating with others whereby there’s more than one person controlling the work,” he said.

Darby explained that it was important to find the right balance between “projects that pay well, that you still have creative input on, and then being able to take those fun jobs that pay less or nothing, but give you so much creative freedom.”

Tags: Comedy  Flight of the Conchords  Forbes  Hunt for the Wilderpeople  Rhys Darby  Taiki Waititi  What We Do in the Shadows