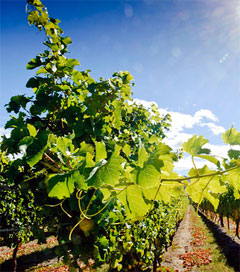 Protecting Our Wine Brands Against Counterfeits

New Zealand winemakers are lobbying for the same legal protection for their brands that French producers won for Champagne two decades ago, because of fears knockoff wines are posing as premium labels exported from regions such as Marlborough and Central Otago.

When the first winemakers harvested grapes in New Zealand the 1970s, they joined an army of New World vintners taking on established producers in countries such as France and Spain.

Now, New Zealand’s winemakers are borrowing an Old World tactic to fend off a challenge from their own new rivals in countries such as China and Russia.

One option being discussed is legislation preventing winemakers in other countries from using the names of local brands. Such so-called geographical indications are recognised by the members of the World Trade Organisation and come under its protection.

More than reputation is at stake.

The value of New Zealand’s wine exports has risen 33 per cent to $1.2 billion dollars since 2008, with shipments to China alone jumping tenfold to 2.2 million litres.

“You’ve made it as a brand when they try to counterfeit you,” Giesen said.